Jenn Poggi and Josh Meltzer both teach photojournalism at Rochester Institute of Technology (RIT). Since 2017 they have been collaborating on a documentary film about public education in Rochester, NY. “Against the backdrop of systemic challenges and contemporary political struggles around improving outcomes, we are creating a film that unpacks the complicated story of equitable public education in the Greater Rochester region. The film is told from the perspectives of those impacted most – the students, their families and educators. Providing historical context will be a critical component of the project, which will demonstrate how a legacy of laws, policies, and prejudices have laid the foundation for structural and systemic racism today.” 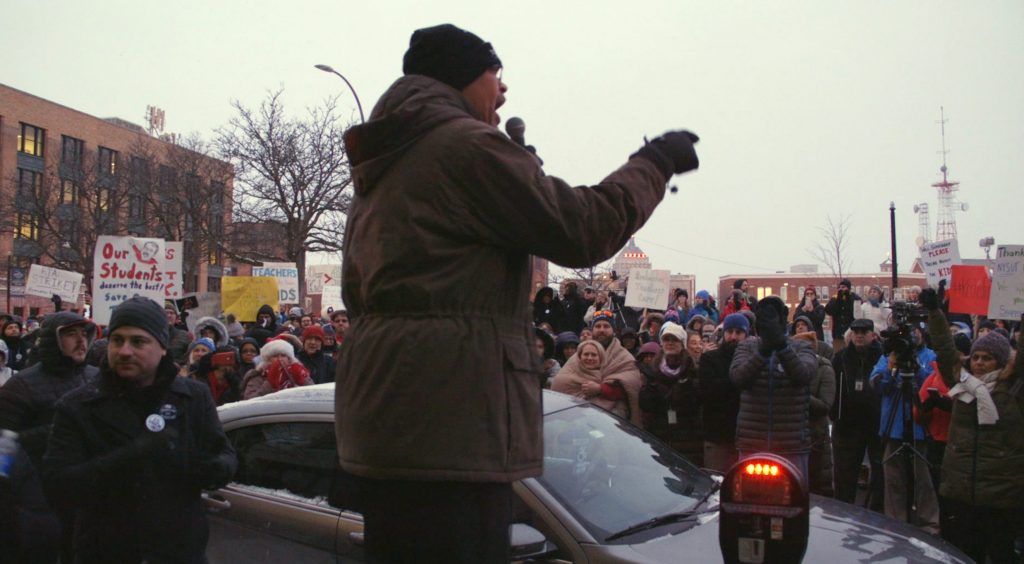 Secretary Treasurer of the New York State AFL-CIO Terrence Melvin addresses a crowd gathered to protest proposed teacher cuts ahead of a school board meeting on December 19, 2019. Hundreds gathered along Broad Street in front of the Rochester City School District headquarters in Rochester, N.Y. by Jenn Poggi and Josh Meltzer ©Jenn Poggi and Josh Meltzer, courtesy of the artist.